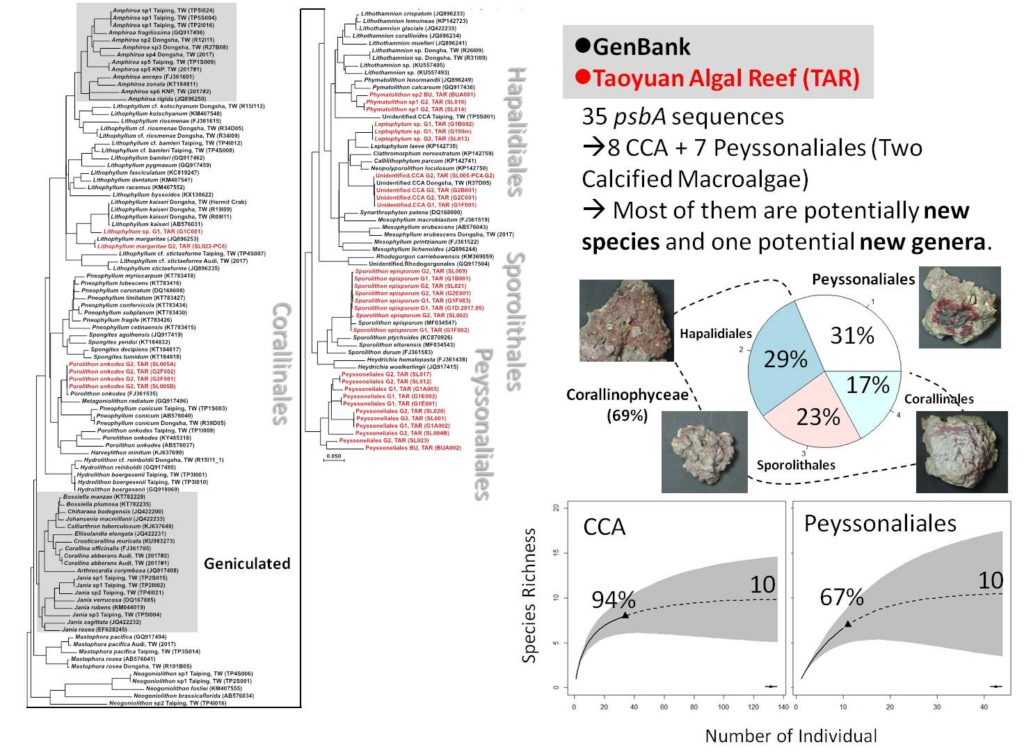 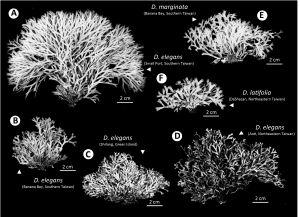 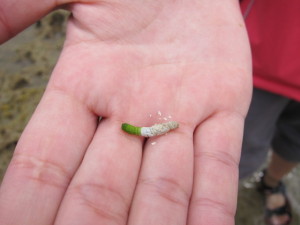 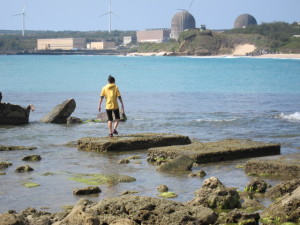 In seaweeds, many species possess the ability to form calcified structures that are hypothesized to serve as either a defensive mechanism or a by-product of photosynthetic facilitators. Owing to their ability to be calcification, oceanic acidification by the climate change has been suggested to have adverse impacts on these marine organisms. For instance, species in the Dichotmaria marginata complex (one type of calcareous red algae) are not easy to be distinguished solely based on their morphological features (left upper figure). Another example of poor characterization of diversity is the rarely known calcified green algae, Neomeris spp. (left middle figure). To establish the baseline of their diversity in the context of long-term ecological monitoring under climate changes, molecular tools are used to uncover their species diversity in Taiwan in a hope that a better conservation plan could be proposed. Calcified seaweeds often grow in the coral reef area (left lower figure).

3) Genome Evolution in the Flowering Plants

(No funding support yet) 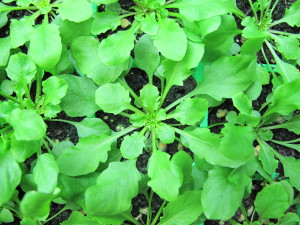 2018.April~July: Field trips to the algal reefs at Taoyuan and New Taipei City 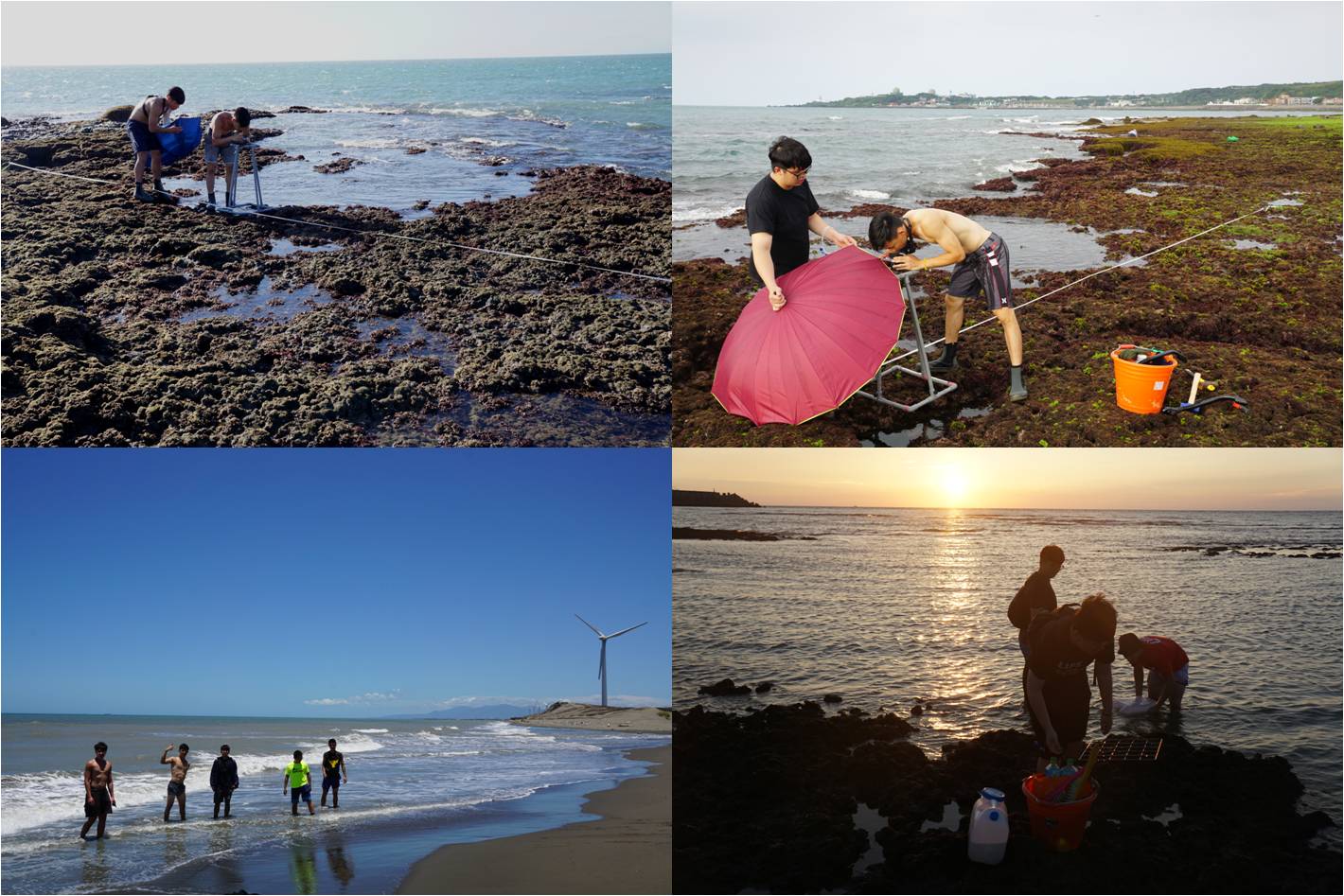 -SCUBA diving in the outer reef of Dongsha Atoll

-Photo with Dr. Grevo and his students at Manado 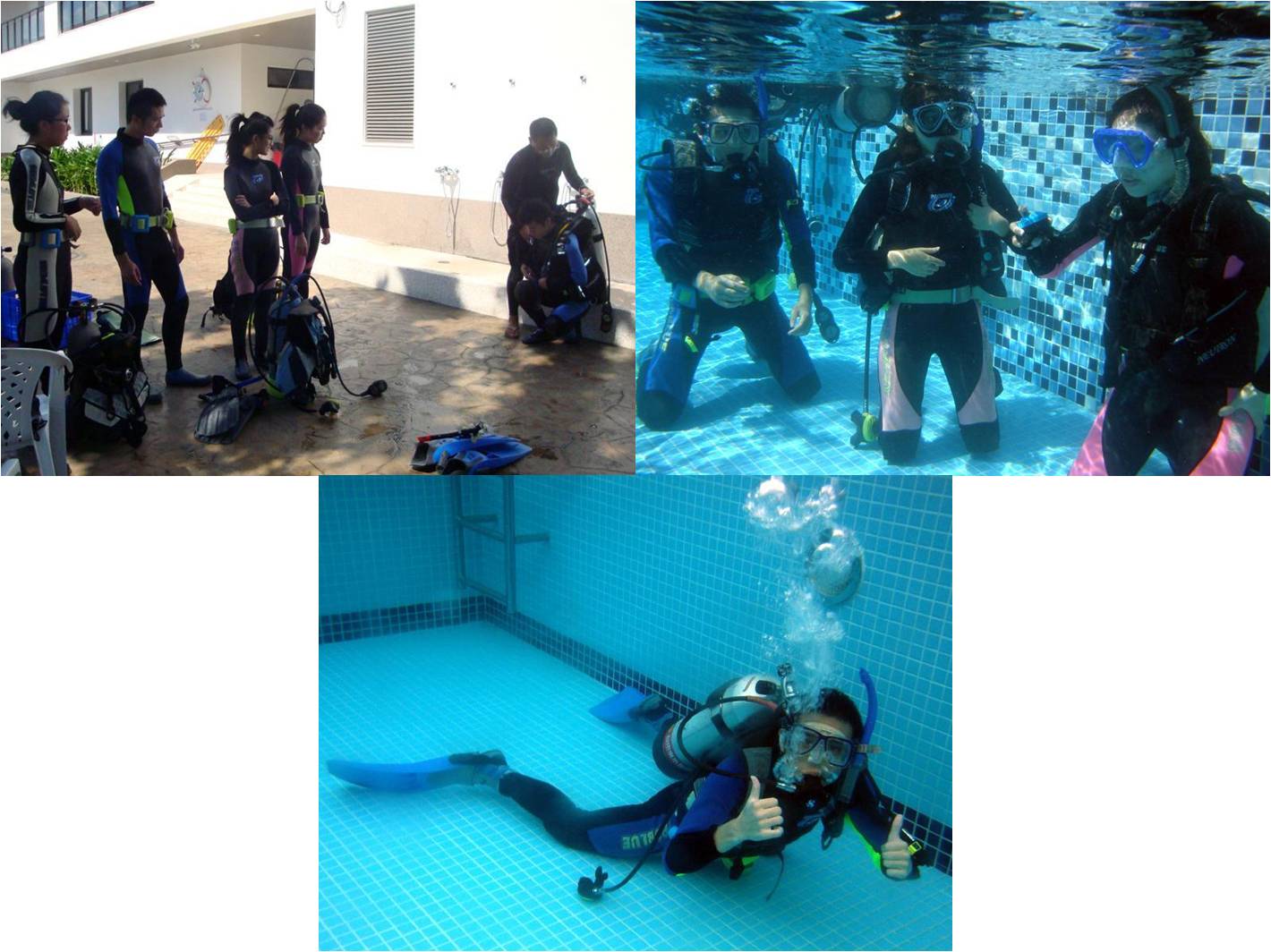 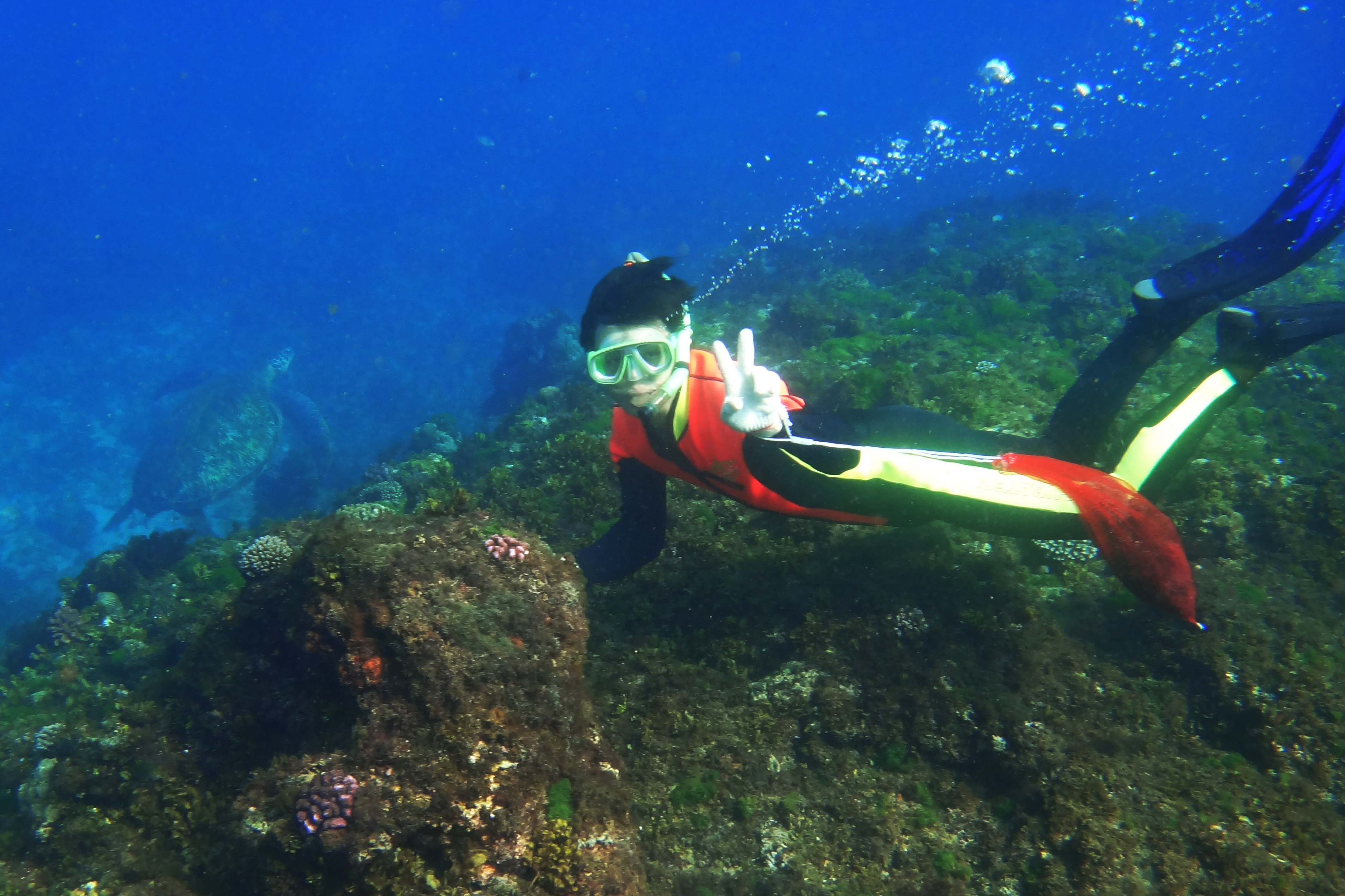 -Snorekling for seaweed collections. Sometimes, you might be able to see a sea turtle
eating seaweeds! 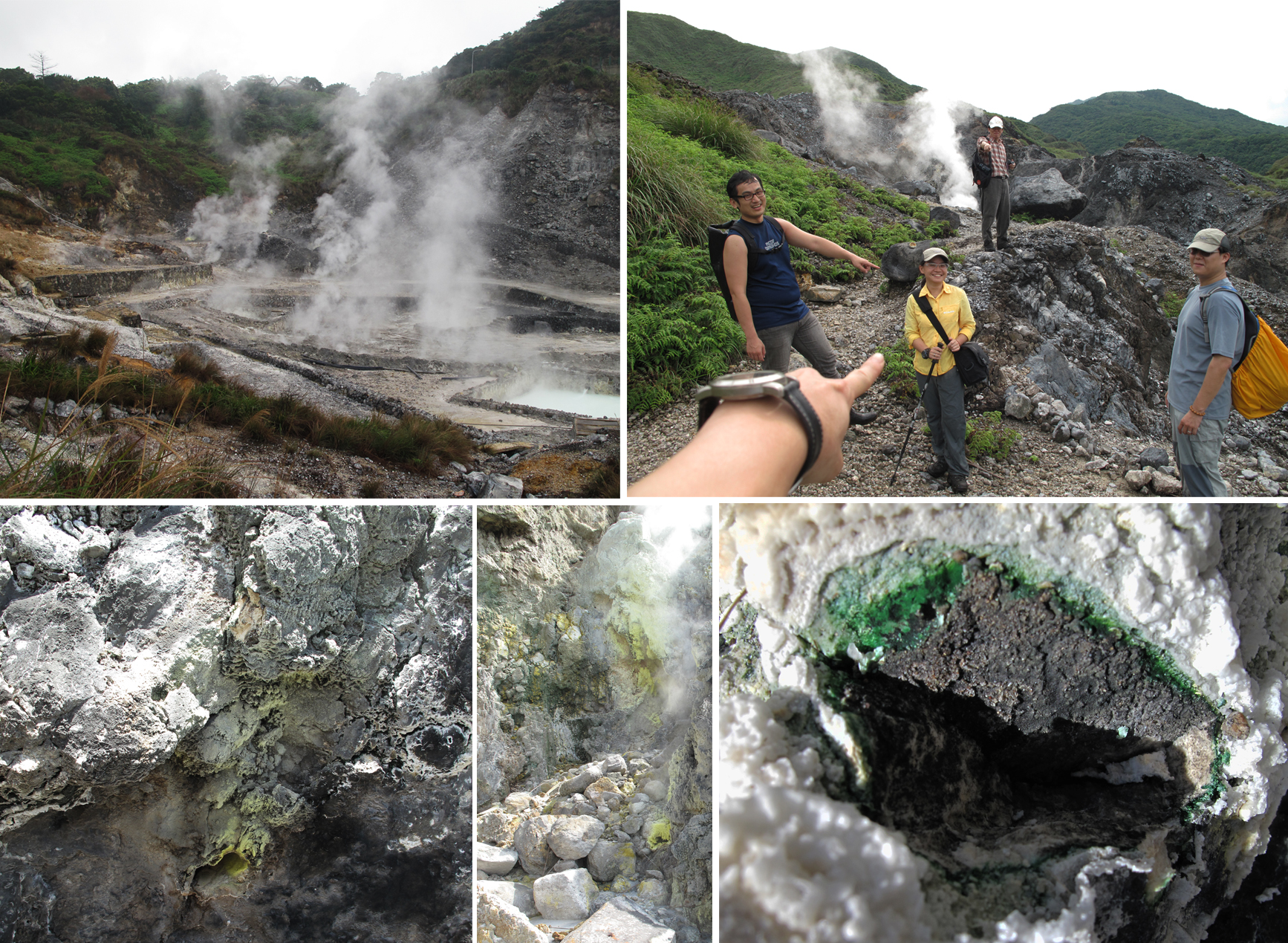